The Magic Of African Dress

The Western world has set up many relatively flat images of Africa in books, film and television works, while the fashion industry has made an all-round exploration of Africa. In recent years, the African continent has gradually become a holy place for many brand designers, especially increasing the attention and application of its women's clothing elements. So, for the western fashion industry, where is the charm of African women's clothing? 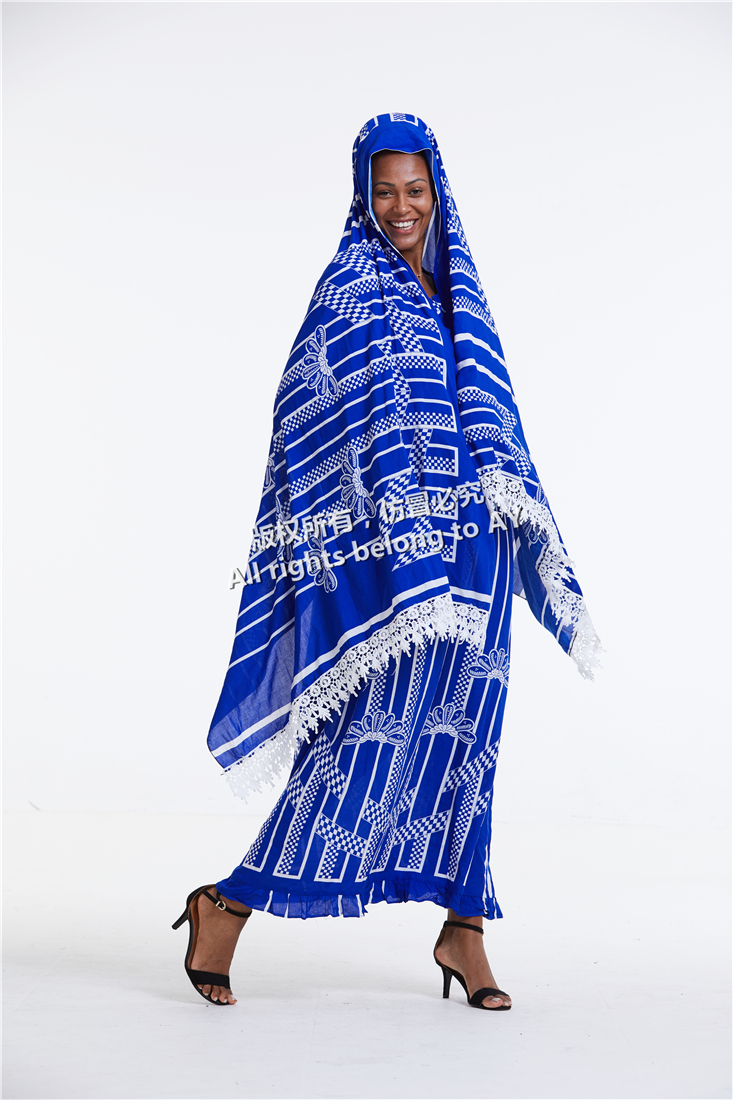 One of the Core Elements of African Women's Clothing: Courage and Tension

African women like dresses with bright colors, rough patterns, unrestrained lines and straight round necks. The cloth colors are mainly bright red, emerald green, indigo and cyan, which are generous and elegant and conspicuous. Clothing colors are mostly bright and saturated, which is mostly influenced by geographical environment.

Africa's natural geographical features are nothing more than four basic colors: yellow, red, blue and green. The African continent crossing the equator has unique natural features. The blazing sunshine, the vast Sahara Desert, the primeval rainforest in West Africa and the Tanzanian prairie all affect African women's aesthetic taste for color. Their love for this series of colors stems from their yearning for nature, unrestrained and purity.

However, the natural environment in Africa also threatens people's living environment. African women will not flinch in the face of natural disasters and fierce beasts. The impulse and tension hidden in their character are naturally highlighted in their dress colors, expressing their inner faith and courage with colors close to nature. Therefore, the color choice with unique meaning is the external reason why African women's clothing can attract the attention of western fashion circles.

In addition, many famous Western clothing brands have adopted the colorful characteristics of African women's clothing, and designed long dresses with exaggerated exotic beauty, with various patterns or prints painted on the fabrics.

All kinds of patterns on African women's clothing have a certain relationship with totems, and are also influenced by regional, ethnic and social factors.

Totem is an important part of African culture, and the worship of nature and the pursuit of natural beauty of African primitive nations are the two foundations of totem production; At the same time, totem worship culture is also an integral part of African traditional religion. Primitive tribes believe that totem is the carrier of gods and the prototype of ancestors of all ethnic groups. They are afraid of totem, but they want to get some self-protection power from it.

There are three main types of totem costumes: animals, plants and utensils, but no matter which one, totems make the African continent full of mystery and continue as a culture to this day.

We are a professional Africa Noble Abaya Hijab supplier, offering a wide range of women dress such as Africa Cotton Dress, Muslim Abaya, Embroidery Kaftan women dress and so on. For more info, please feel free to contact us.